It’s never too soon to book a summer visit to Hono Koa!

Believe it or not but June will be here before you know it. Three short months, in fact, if our finger counting is correct. We mention this because the arrival of June brings with it two of the most popular annual events on Maui, giving you yet another great reason to book a visit to Hono Koa. This year the proximity of the Kapalua Wine and Food Food Festival to the Maui Film Festival, scheduled less than a week apart, makes a trip to your favorite island even more irresistible than usual. Even better, you can easily attend both!

Treat your taste buds to an event they’ll never forget by joining oenophiles, gourmands and enthusiasts of the good life as they reconvene on the beautiful shores of Maui in celebration of the 38th annual Kapalua Wine & Food Festival. Along with host and master sommelier Michael Jordan, renowned winemakers, star-power celebrity chefs and Maui’s own contingent of culinary stars will lead panels and introduce guests to world-class varietals and fine cuisine.

Along with the films, star tributes, and filmmaker panels, the Maui Film Festival at the Wailea Golf Resort is about having a good time, Wailea-style. Aloha wear is the dress code at culinary feasts and star-studded parties that take place throughout the resort. The Celestial Cinema at Wailea is located at the Wailea Golf & Emerald Golf Course, on the amphitheater-like slopes of the golf-course driving range.

Its commanding, 50-foot-wide screen is dwarfed by Maui’s majestic volcano, Haleakala, behind it. In the other direction, Wailea’s hillsides roll seductively down to the beach. Its gentle, natural amphitheater slowly fills with thousands of blankets, beach chairs, and bodies, forming an impromptu jigsaw puzzle on the grass. The Dolby Sound System is crisp and clear as night descends. And then the stars come out.

Book a stay at Hono Koa in advance and purchase your tickets online at the event links. 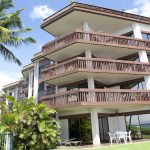 How to choose the right Maui luau